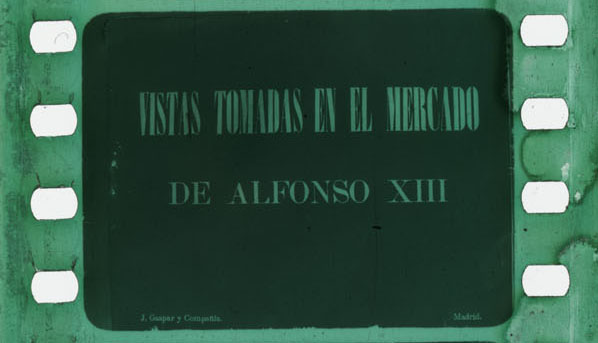 This documentary is the oldest production that preserves stills from Malaga. The film is divided into two parts. In the first block, the people of Malaga who were walking through the streets of Malaga in 1914 are portrayed. In the second part, the leading role corresponds to the great bullfighter of the time, Juan Madrid, from Malaga, who is filmed bullfighting on a farm.

Malaga Central Park: In this setting in which we find ourselves, this documentary from 1914 began to be filmed, the oldest that preserves images of Malaga. In the images you can see cyclists, horse carriages, horsemen and the first automobiles crossing this popular road, which was recently built on the land reclaimed from the sea. The images also show dozens of people walking through the Park in Sunday suits since it was filmed on the weekend. The stills show the famous Gardener’s House, which today houses the Malaga Film Office headquarters. In addition to this setting, the film also offered images of the Central Market, the current train station, the Armiñán Bridge or the churches of San Juan and Santiago.

Central Atarazanas Market: This historic building was one of the main settings that appear in the documentary Un día por Málaga (1914), the oldest one that preserves images of Malaga. The film showed the street food stalls that were outside the market, as well as the artisan businesses of cattail and esparto furniture, some of which are still preserved in the area. A visit to this market is highly recommended, since inside, in addition to fresh food stalls, you can taste tapas and wines from Malaga’s gastronomy. This film was commissioned by the oldest cinema in Malaga, Pascualini, which explains why thousands of people from Malaga appear in its footage, since the objective of the documentary was for these people to go to the cinema afterwards to recognize themselves or to see their family and friends. A day in Malaga is preserved thanks to the recovery and restoration carried out by the Filmoteca de Andalucía.