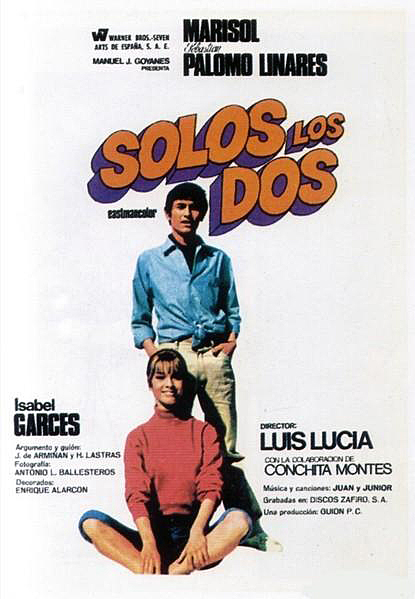 Solos los dos (The two of us alone) was the last production in which Malaga-born Pepa Flores played the character of Marisol, now in the form of a woman. The film had two basic plots: while she sang, he fought bulls.

The Muelle Uno in the Port of Malaga was the scene of the disagreement between the two leading roles of this romantic drama that united the then very popular Marisol and the bullfighter Sebastián Palomo Linares. After a first scene in which the actress and the matador have a car race through the mountains of Malaga, the couple meet again in the port of the capital, where once again a misunderstanding unites the couple. The setting used, Muelle Uno, is today an area where in addition to boats, you can find bars and restaurants on whose terraces you can admire the same views of Malaga that are offered in the film. Among other settings, Palomo Linares also shot scenes in the Malaga bullring Plaza de la Malagueta.