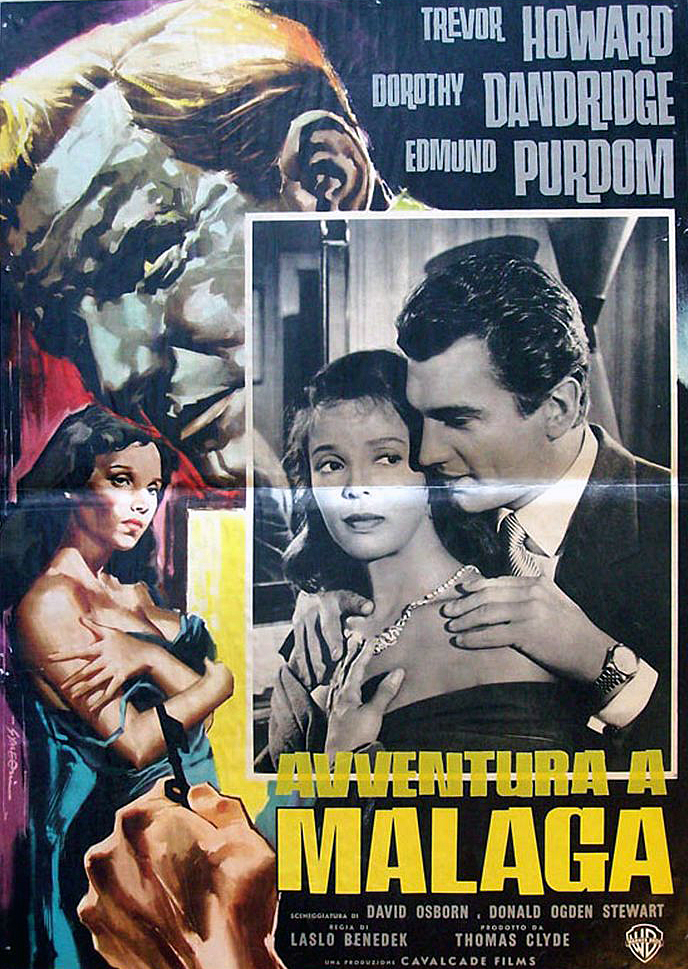 Two big stars of the time, british-born actor Trevord Howard (Brief Encounter) and the american actress Dorothy Dandridge (Carmen Jones) met in this captivating & intrigueing drama that anticipates the English fascination for Malaga and southern Spain. A thief arrives in Malaga fleeing to a place to enjoy his loot with this strange leading couple in chase of him, who chose to stay and enjoy the charms of the Costa del Sol after the filming was done. In an article published in the SUR newspaper, Dorothy Dandridge confessed that she wanted nothing more than to finish her job and go bathe in the sea, while Trevor Howard admitted: “I like Spain to spend my vacations, especially the Costa del Sol.” In the city capital of Malaga, sequences were filmed in the courtyard of the Cathedral and on Calle Cister, although in the film this passage was supposedly set in Madrid. Sequences were also shot in the Old Parador de San Rafael, today the headquarters of the Andalusian Tourism institution. In one of the scenes, Dandridge and Howard join a party and dance some verdiales, the typical flamenco dance of Malaga. In many countries, such as the United States, France and Italy, the film was released as Málaga or Aventura a Málaga.