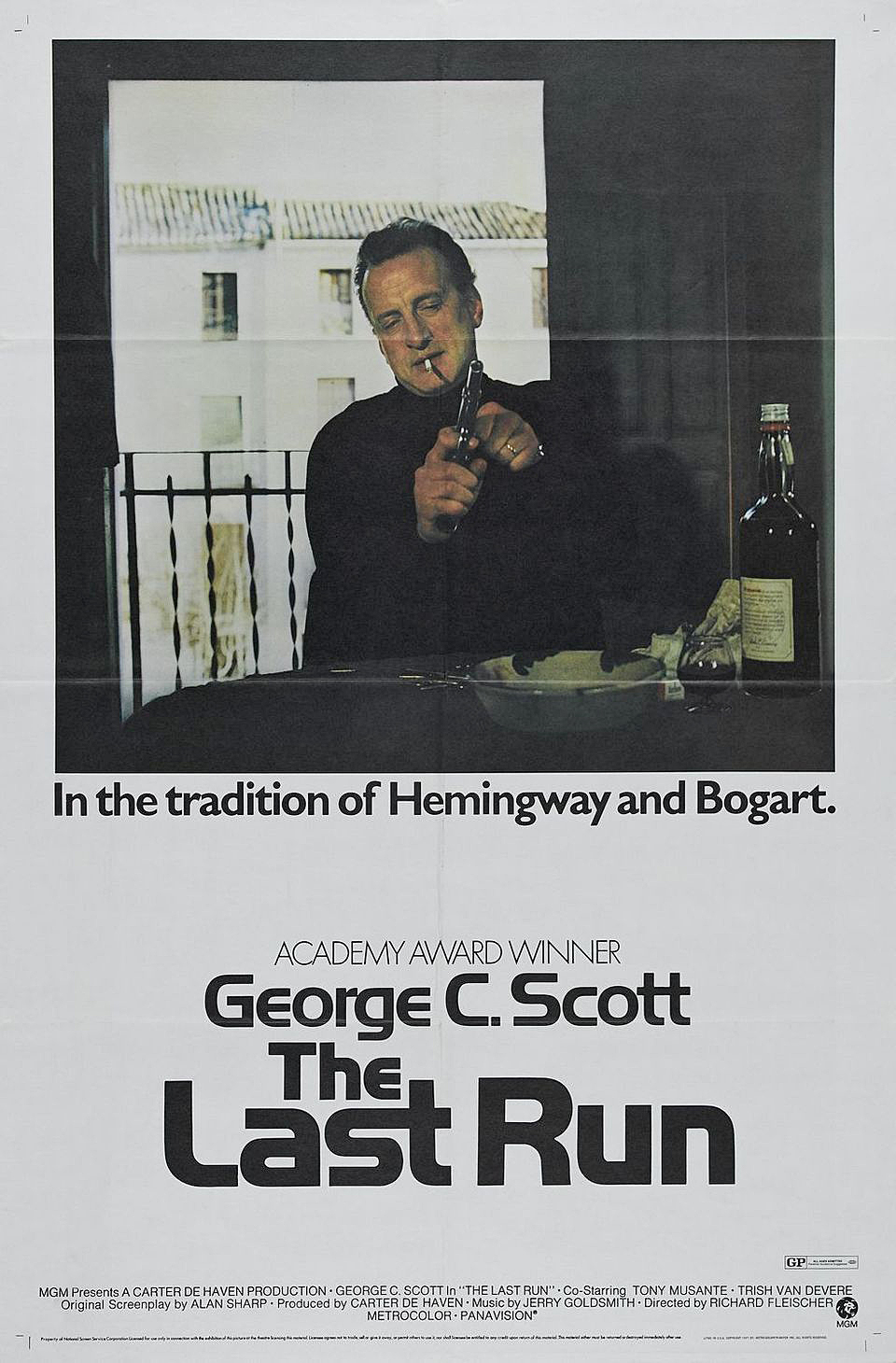 A retired American gangster living in Portugal receives one last assignment: to transport a criminal escaped from prison and his girlfriend, pursued by a rival gang, through Spain to the border with France. However, the plans do not go as planned.

History in cinema is dotted with great films, in which spectacular battles were fought during their filming. This thriller, The Last Run, was one of them. And its leading actor was the same one who headed the credit titles, the controversial actor George C. Scott, who arrived in Malaga in the middle of a storm after refusing to pick up the Oscar for the war film Patton. On this occasion, Scott was supposed to be under the command of Film Director John Huston, but the actor thought it should be the other way around and that the director be under his… The tow strong personalities clashed head-on and caused Huston, who was already in the final stretch of his career, to decide that it was a battle not worth fighting, and so he abandoned the shoot and had to be urgently replaced by Richard Fleischer. Before leaving the set, the mythical filmmaker of the African Queen (1951) managed to shoot some scenes in the Plaza del Obispo in Malaga, specifically in the now gone Hotel Cataluña, which was located on the corner of the square with Calle Salinas. The local newspaper SUR had the opportunity to speak with Huston before he left and he commented that he liked this square because it was “collected, suggestive and romantic.” Despite having shot the film during several weeks, Huston himself rejected having his name appear as co-director of this interesting film in which George C. Scott was giving another acting lesson. Another thing is that off camera, the actor had a difficult character.