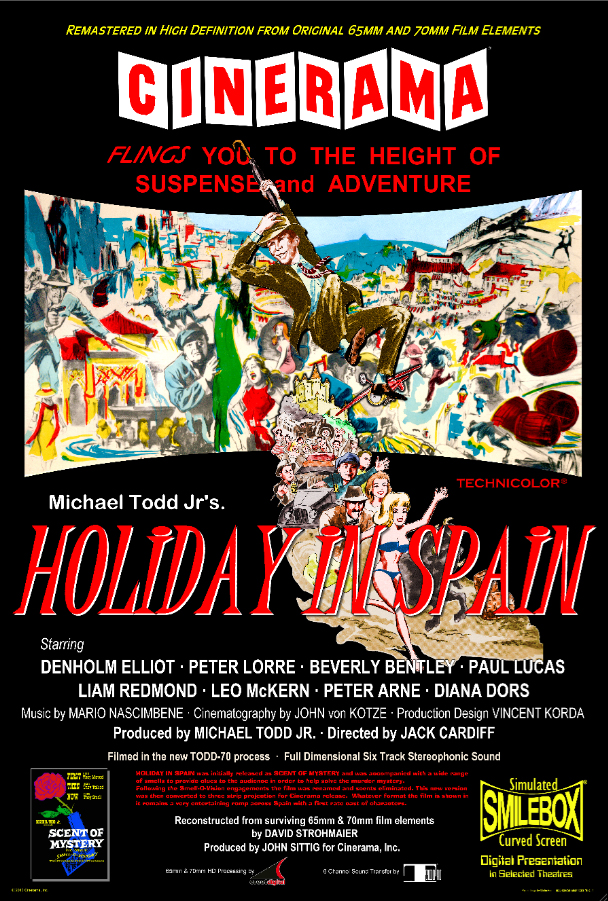 The adventure story that could happen to every tourist in Malaga. With the excuse of the search for an enigmatic woman, the actor Denholm Elliot toured the main stages of the Malaga capital. Calle Santa Lucía and Plaza de los Martires: this is precisely where the story starts, in the perfume shop that gives rise to the entire fragrant plot of this film. The character follows the mysterious woman, who precisely escaped certain death in an intentional traffic accident after the intervention of Elliot and her driver, played by Peter Lorre. Scent of Mystery (1960) was one of the most luxurious productions shot in Andalusia at the time. It was called to revolutionize cinema since it was shot in 70mm and with the Smell-O-Vision or Odorama system, which added the smell to the cinematic experience. The protagonist’s perfume, the popular Malaga wine and the gunpowder from the pistols were some of the smells that reached the viewer, but the public tests were a complete failure since the essences ended up mixing one after another and the The smell was unbearable. It was one of the great films shot in Malaga, although it has gone down in the annals as one of the great failures in the history of cinema, although to recover part of the millionaire investment, producer Michael Todd Jr. traced the film, eliminated scenes and premiered finally the film under the title Holiday in Spain (1961).