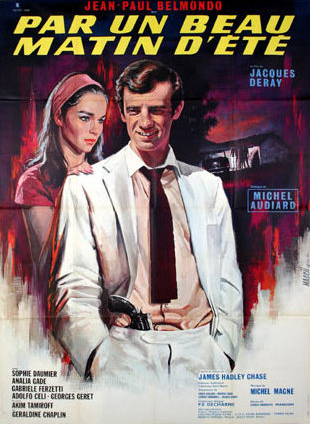 Thugs and criminals not only found the Costa del Sol attractive to enjoy their profits, but also to put into practice some of their misdeeds. In this film the criminal was named after Jean Paul Belmondo who came with the evil intention of kidnapping the daughter of a millionaire, who was played by beginner actress Geraldine Chaplin in her debut on the big screen. Co-production between France, Spain and Italy, the film was shot in the central Plaza de la Marina, specifically in the now gone yet still remembered Cafetería Solymar. The famous tavern, located in the central building of the three that are in the square, had a terrace that served as the location for the night scenes of the film. Today, a bank occupies the place of that populous bar that was on the corner of the building. And although you will not be able to emulate the main characters and have a coffee or a beer, you can always get money from the ATM to later taste the local cuisine in some of the restaurants in the square or in the center of Malaga.