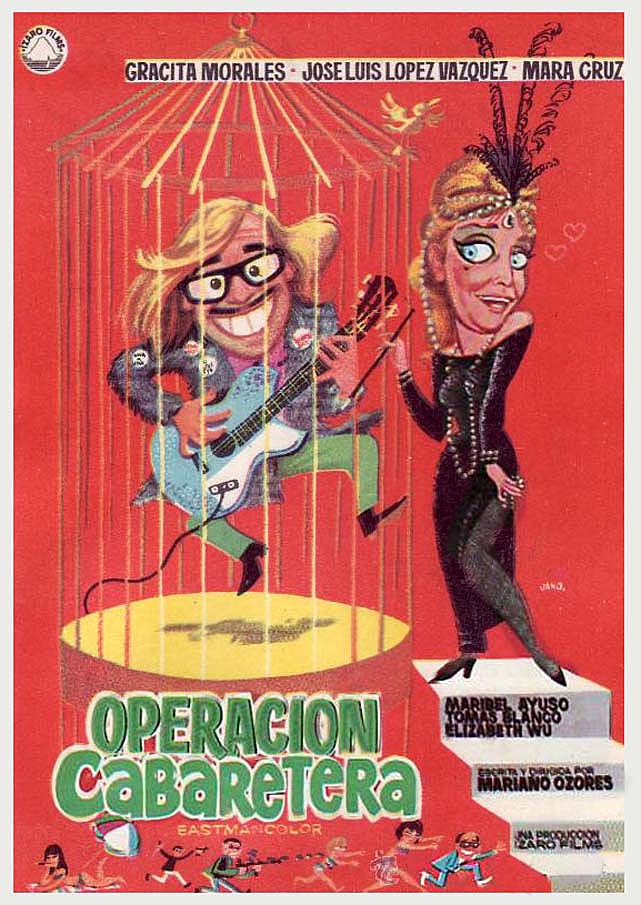 Spanish cinema also produced some spy movies, but from parody. Among those tapes was this production by Mariano Ozores that brought together the comedy couple Gracita Morales and José Luis López Vázquez to stage a crazy story involving Chinese secret agents and atomic bombs. Among the locations shot in the capital you can see the Plaza de la Marina and, above all, the Alcazaba of Malaga, where a Chinese agent escapes from some murderers. A chase through the monument of Arab origin that can be repeated today takes us from the door known as the Arco del Cristo to the Patio de Armas with its Renaissance fountain, crossing over the stone walls. In the film, Gracita Morales performed a comical and personal version of Raphael’s theme I am that, with José Luis López Vázquez on guitar. Unrepeatable.