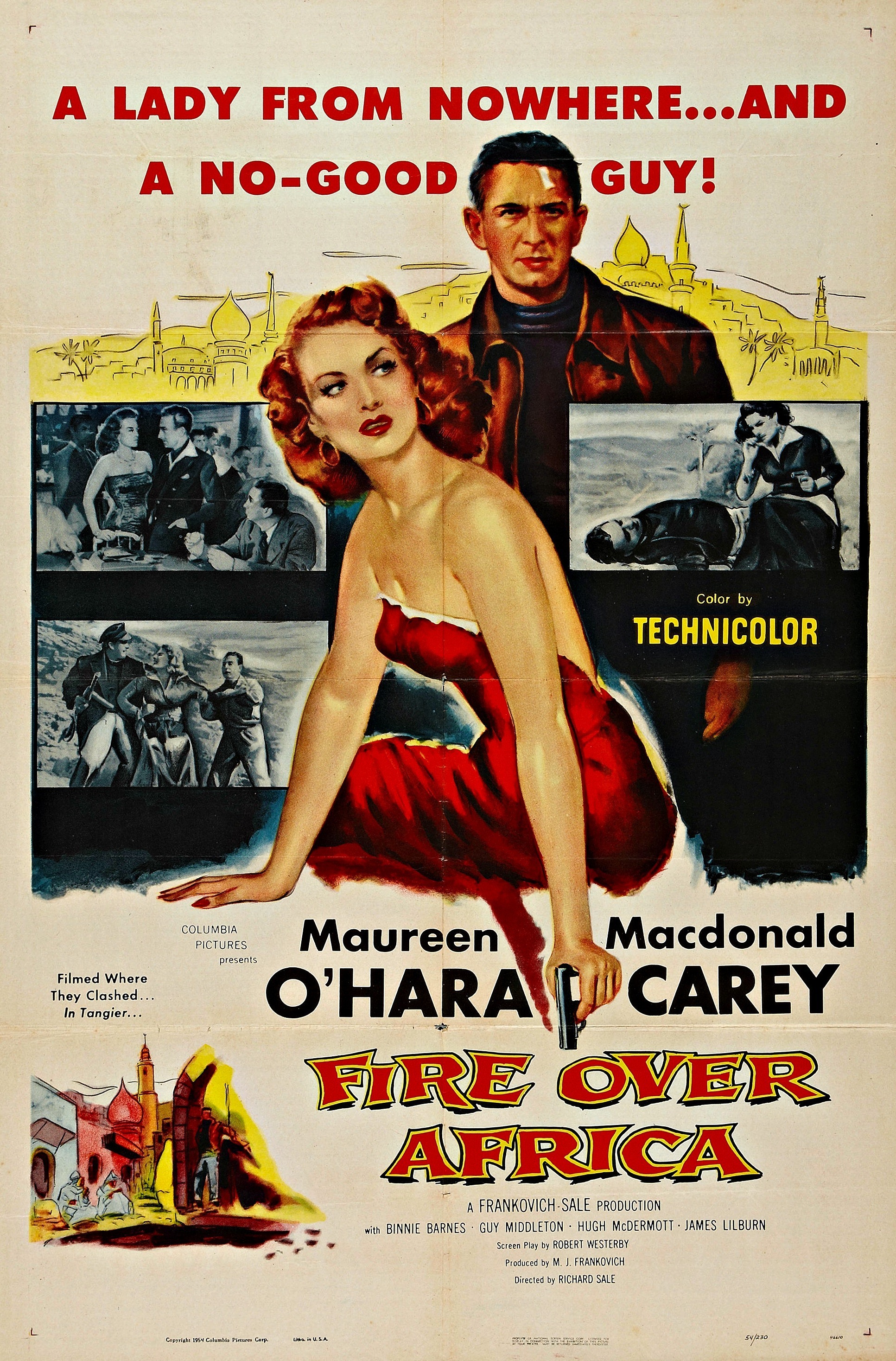 North American productions began to choose Malaga as a film location in the 50’s. Fire over Africa was amongst the first of them. A film already shot in color and with the presence of Hollywood star Maureen O’Hara, who had just starred with John Wayne and John Ford in The Quiet Man (1952). She was the main character in this film, which also anticipated the later fashionable spy films with the arrival of the 007 saga. The film was set between Tangier and Malaga, but it was filmed almost entirely in the capital of the Costa del Sol. In Great Britain and in some European countries, the film was released under the title Malaga.

Calle Alcazabilla: This location had great presence in the film as the location of a pursuit of our star who, during the escape, passes through the recently re-discovered Roman Theater of Malaga. In addition, the Tangier tavern that appears in the film and in which the character’s intrigues are set was actually located in the now-gone Bar El Refugio on Calle Alcazabilla.

The port was another of the main settings for this film with scenes shot in the old vehicle entrance (current pedestrian access from the Plaza de la Marina), the Palmeral de las Sorpresas (where the old storage building of the Port was located), the Muelle Uno and the passageway to calle Vélez Málaga. The journey of the characters from the Plaza de la Marina to the pier is now very different, but is a highly recommended walk in which you can also visit the Center of Pompidou Málaga. Both the Spanish and Moroccan scenes were shot in the capital of the Costa del Sol.