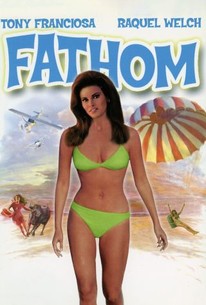 Following the success of the 007 series premiere, spies flourished in the world of cinematography. And with these agents’ fondness for travel, the Costa del Sol was soon in the spotlight of their intrigues to save the world. Fox production company produced this british film, directed by artisan Leslie H. Martinson, which had the particularity of being a female version of the genre. And the leading role was none other than Raquel Welch, who came from starring in “A Million Years Ago” (1966) with her caveman design skins. That success was also portrayed in this spy production, in which there were a few scenes in which the actress appeared wearing flashy bikinis. The skies of the province were very characterised in this film in which skydiving also played a leading role, while on land scenes were taken in the Malaga central park and the Plaza de la Marina. Some images in which the emblematic Malaga Palacio hotel sneaks in, which was precisely where the American star was lodged. The production company also promoted an alleged drowning of Raquel Welch who had to be rescued from near death, although it seems that the event had more literature from the Fox press department than a real life scenario.