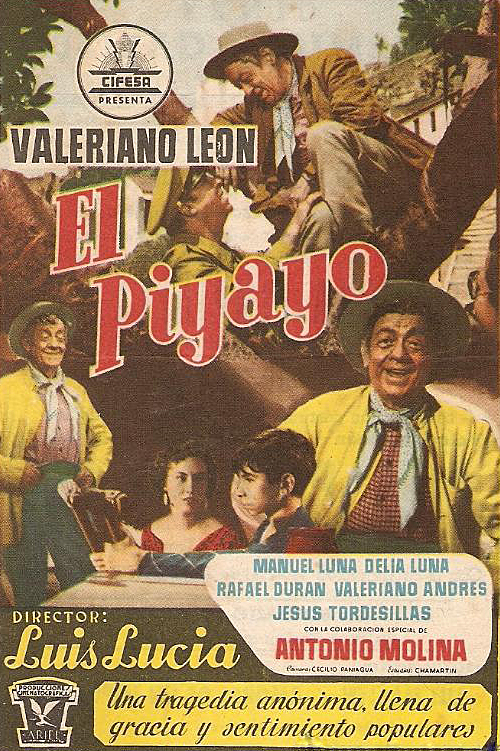 This film not only recovered a traditional character from the streets of Malaga from the beginning of the century, El Piyayo, but also some scenes that have now disappeared such as La Coracha, a set of typical houses that climbed the hill of the mountain to the Arab Alcazaba. Unfortunately, that singular architectural space has disappeared and, in its place, today we find only a few houses and the Municipal Heritage Museum of Malaga. At the foot of the Subida a la Coracha, the protagonist climbed a tree to tell his stories and sing his songs to the delight of the people from Malaga who swirled around him. The film proposed a drama with comedy and musical touches, which told the story of the gypsy singer El Piyayo, who fought the misery of the time with his goodness and songs. The film also represented the posthumous work of its protagonist, the singular actor Valeriano León, who was accompanied in some of the scenes by the star of the moment, the singer from Malaga, Antonio Molina.