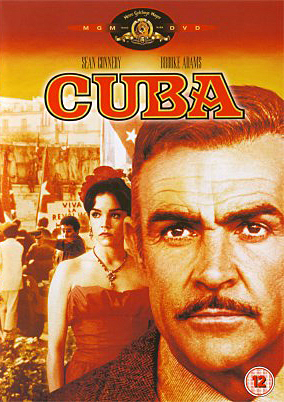 Havana, Cuba, 1959. The revolution is about to break out on the island. Robert Dapes, a cynical English mercenary, arrives in the country at the request of General Bello, one of the most corrupt members of the Batista government. But once there, Dapes cannot remain unmoved by the brutality and depravity of the regime.

Faced with the impossibility of shooting the film in Cuba, the producers of this film, which is set in the time just before the Castro revolution, resorted to Andalusia for this film starring Sean Connery. The entire final scene of the film with the confrontation between the rebel troops and Batista’s army took place on the outskirts of Malaga, in the area of La Térmica and the mouth of the Guadalhorce river which, at the end of the 70s, still boasted sugarcane plantations, a crop that was also characteristic of Cuban fields. Tanks, convoys, train robberies, explosions and even a plane about to crash took part in this scene in which you can see the circular deposits of La Térmica (now gone), part of the Sacaba Beach apartment building and the nearby Playa de la Misericordia. A very Mediterranean ‘Cuban’ landscape.