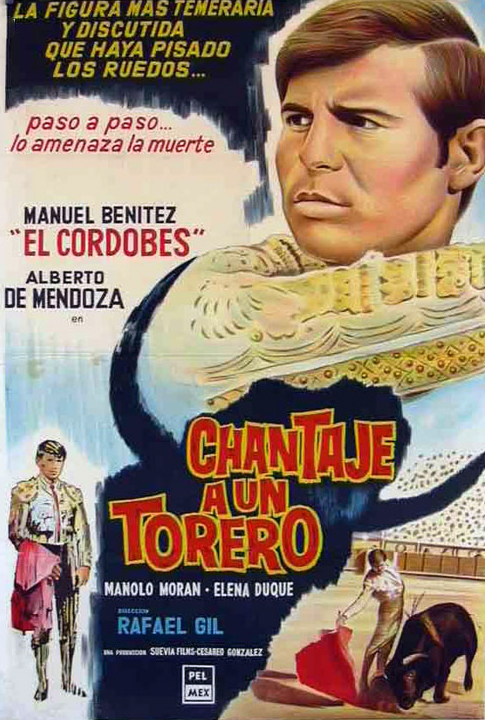 The great bullfighter from the early 60’s Manuel Benítez, nicknamed “El Córdobes”, starred in this film which is halfway between a‘thriller’ and a bullfighting plot, whose title translates as Blackmail of a Bullfighter. The Malaga bullring, known as La Malagueta, plays a fundamental role in the film, since it is where the main character asks to fight his first bullfight and where he manages to dress in uniform. In the images you can see how the character sleeps at the door of Tendido 4 de Sol with the aim of being given the opportunity to debut. Scenes were also taken in the neighboring Paseo de Reding and in the Malaga bullring itself, where a specific bullfight was organized to shoot the film.

A visit to La Malagueta is highly recommended since you can also visit the museum that it hosts.