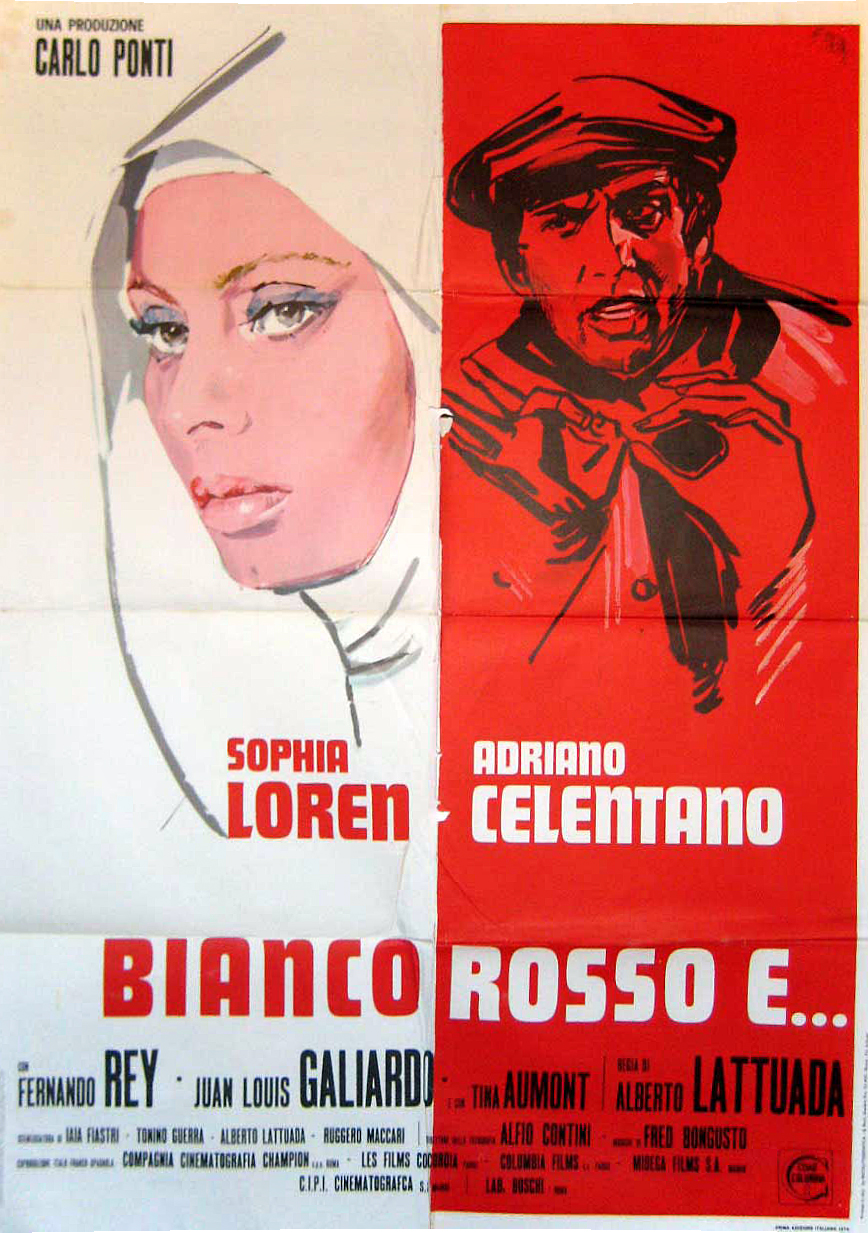 After losing her boyfriend in an oil rig accident, a young woman decides to give up everything and become a nun. After leaving Libya, the nun helps the sick in a hospital as a nurse, where she meets a man who will awaken in her the feelings of the past.

After Brigitte Bardot’s visit (see Rum Runners) the Italian Sofia Loren, another great European actress of the moment, also came to Malaga due to the demands of the script. In this case, it was to film “Blanco rosso e…”, a romantic drama in which the great actress played an immaculate nun. Dressed in rigorous white, although also wearing eyeshadow and heels, Sofia Loren raised a great commotion in Malaga in that September 1971 and, although she played a nun in the film, the plot also gave way to exploit her erotic myth. The main stage was the Port of Malaga, which pretended to be a port in Libya. Thousands of Malaga extras participated in the scenes in which Italians left the country after the end of the colonial era. The ocean liner that had the words Sicilia and Naples painted on it was none other than the Spanish ship ‘Virginia de Churruca’ with its real name hidden. However, in the scene where the ship sets sail from the supposed port of Africa, the unmistakable lighthouse of the Port of Malaga, known as La Farola, appears in the background.