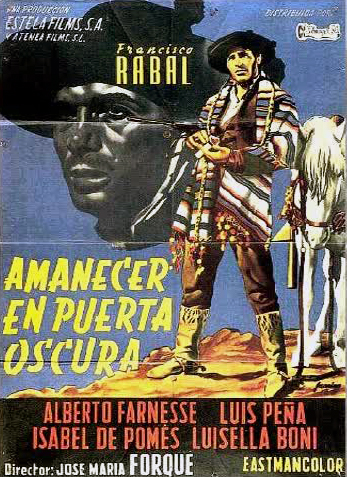 In Calle Alcazabilla and in the Palacio de la Aduana, now the headquarters of the Museum of Malaga, the top scene of this film was shot, which won the Special Jury Prize of the Berlin International Film Festival (Berlinale) in 1957. The great actor Paco Rabal was the protagonist of this film that used Holy Week in Malaga and the Brotherhood of Nuestro Padre Jesús El Rico to stage the royal order that allows this brotherhood to release a prisoner. Dawn at the Dark Gate used this prerogative in the dramatic ending of the film in which three murderers face the gallows but one of them will be forgiven by the Christ. The filmmaker José María Forqué convinced the brotherhood to carry out a processional parade expressly for the filming of the film and brought to the screen a daring argument with a social background that denounced the caciquismo of deep Andalusia, as a metaphor for the situation in Spain itself. in the Franco dictatorship. The director and screenwriters circumvented the censorship of the time by setting the film in the 19th century.