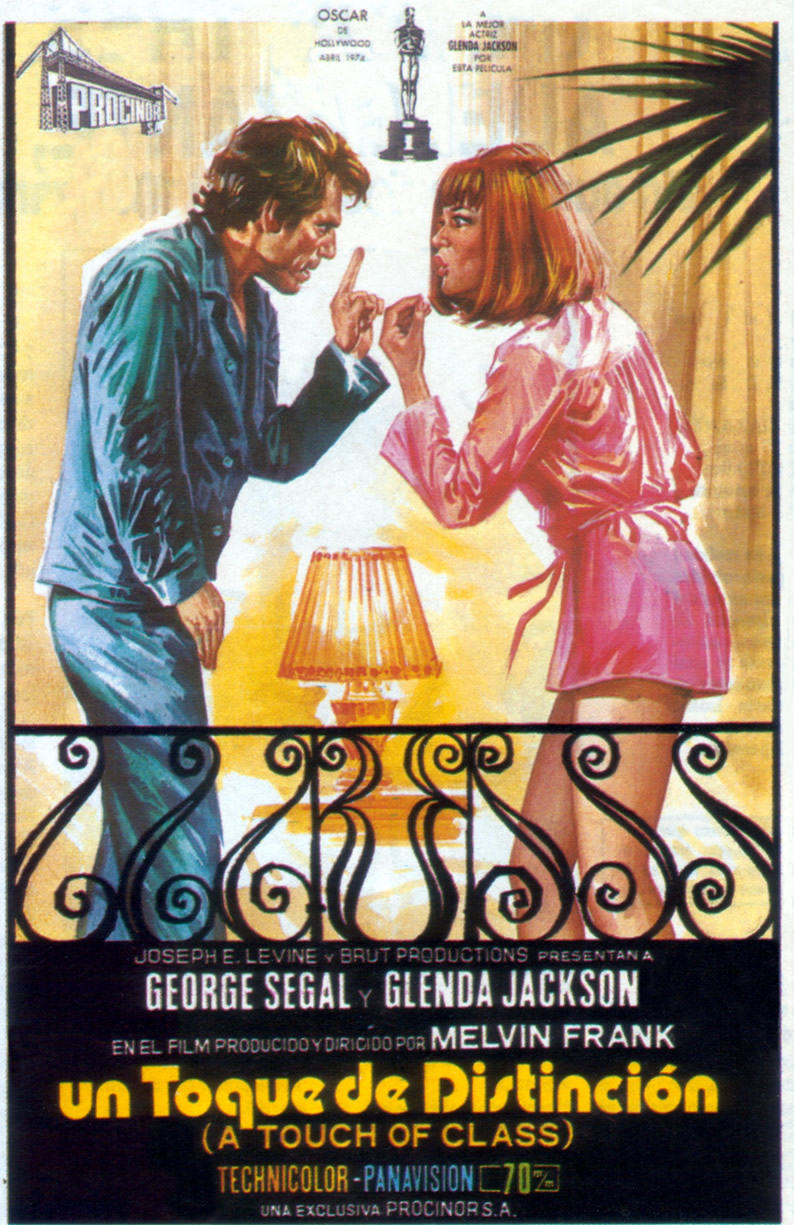 One rainy afternoon Steve, an insurance agent, and Vicky, a divorced woman, share a cab and end up meeting again the next day for tea. A relationship without commitment, since he is married, that will take them to spend a few days in Marbella.

A Touch of Class, which was nominated for the Oscar for best film in the 1973 edition, is a sweet & sour comedy that had all the personality of its leading British actress, Glenda Jackson. Melvin Frank’s film staged the adventure of a divorced woman with a married man who escape to the Costa del Sol to live a few care-free days. The film premiered on the big screen at the new Malaga airport. In the capital, scenes of a bullfight were also filmed in the emblematic Plaza de La Malagueta in which the enthusiastic George Segal covered his eyes so as not to see the matador fight the bull. The bullring, of Neo-Mudejar style and built at the end of the 19th century, has been declared a Historic-Artistic Site & an Asset of Cultural Interest, with a capacity for 9,000 spectators. At the Malaga bullring you can also find the Antonio Ordóñez Bullfighting Museum. Together with the dialogue, the chemistry between the couple formed by Jackson and Segal is the great engine that drives this comedy, for which both won the Golden Globe and Jaskcon also won the coveted Oscar for best actress.