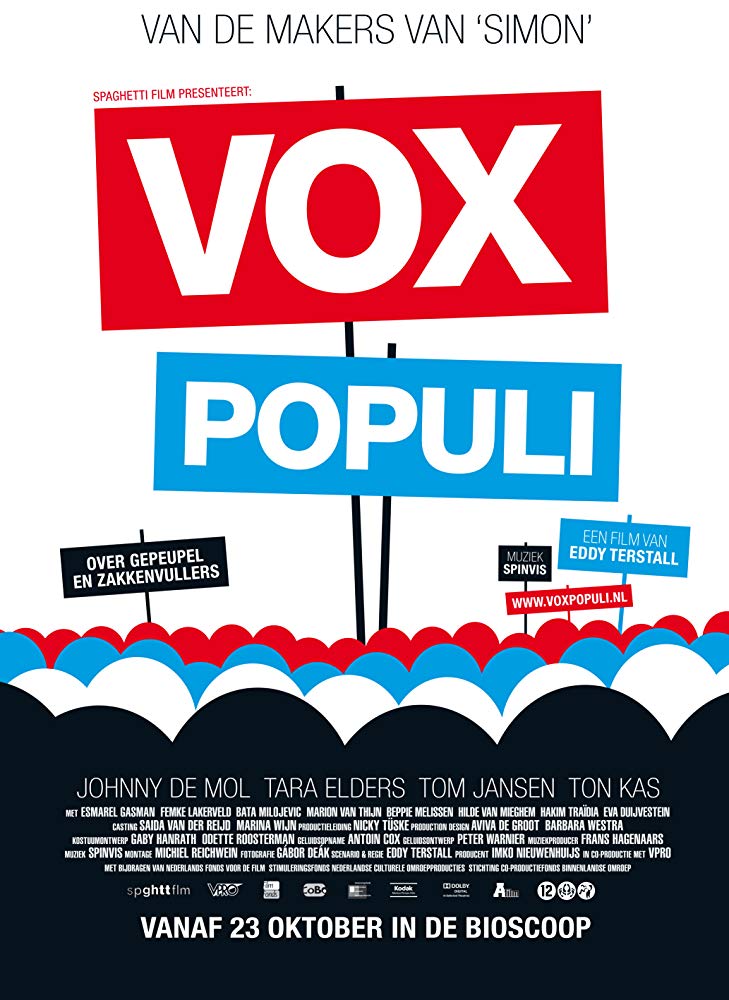 Middle-class, middle-aged Jos (Tom Jansen) is serious about his job but also likes the ego boost of being a success with the plebes. When his daughter (Tara Elders) falls in love with an ex-GI (Johnny de Mol), Jos meets the gee-whiz kid’s working-class father (Ton Kas) and the latter’s Serbian son-in-law (Bata Milojevic), who try to enlighten him on what the country really needs. Elders and de Mol, stuck in a plot-device relationship, never convince. Jansen fares better, while Kas, as the foul-mouthed Everyman, generates the most chuckles, though he offers more platitudes than insight.